The Owner and Brewmaster of Griffin Claw Brewery discuss their unique discovery in Belgium and how it led to increasing their craft beer production output thanks to a DynaClean conveyor system. 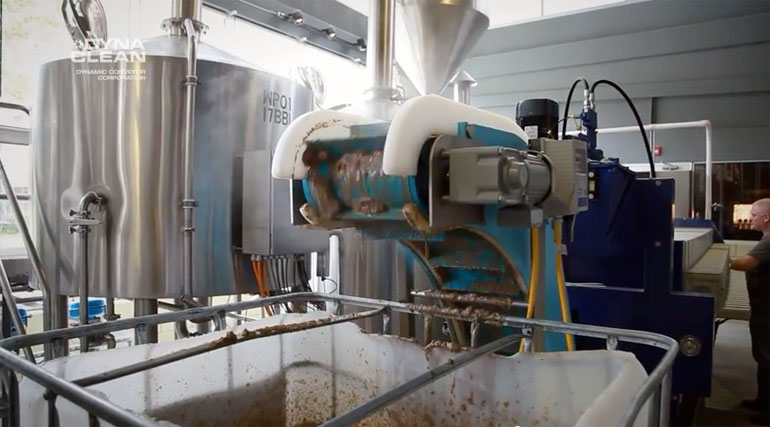 “It’s an amazing thing and it works beautifully for us.”

(Norm LePage, Owner)
A couple of years ago, Dan, our brewmaster, and I were in Belgium, were looking at various breweries and various equipment, and we went to Delerium Tremmen.

(Dan Rogers, Brewmaster)
We were looking at mash filters, they were kind of giving us a review of the equipment we were going to buy and they have a large mash filter. We saw that underneath it, they have an auger system, kind of a screw auger, and I thought wow, that’s a really efficient way to move that spent grain. Because it is kind of a bottleneck so to say in production of beer is getting that spent grain out, the waste out, so you can start your next batch of beer. So we saw that and got a few ideas.

(Norm)
When we started putting the equipment in here we decided that we needed a system like that.

(Dan)
We got a hold of DynaClean and they came in and looked at the unit that we had to put this conveyor under and it’s really a first-time build that they ever did for this also because we’re the first in the US to have this size mash filter so it had to be custom made.

(Norm)
Before we got the conveyor we were using dump tanks and having to wheel them out individually by hand, and them have the forklift hook up to them and dump them into the hopper so that the farmers could pick up the spent grain. Now it goes right into the totes and is taken outside and the farmer picks that up and they leave with it. It’s an amazing thing and it works beautifully for us.

(Dan)
Basically at the end of every week we break it down completely, clean it up, put it back together, and we’re ready for the next week. It’s really saved us a lot of time and money. We’re able to do 4 batches a day right now with our brewing, where before we could only get 3 out, and we’re looking to do 6 batches a day now it’s working that well so we’re very very happy with it. And again, with DynaClean being in Michigan, anytime we need anything worked on it, fixed on it, they’re right here ready and available to get to us and get the job done.